Early on in my professional life, I was given some fairly terrible career advice: make yourself indispensable.

For decades, this has been the Standard Operating Procedure for people in a variety of roles and industries, from the developer aiming to be the only one capable of maintaining his own code, to the Project Manager who insists that certain processes couldn't run without his oversight. Half a century ago, this kind of behaviour might have guaranteed one's lifelong employment. Today, it will harm their career. Worse still, the knock-on effect can undermine the company and even the industry.

I didn't take this advice, but it wasn't until a few years later that I realised why: all along, I'd been working with a different set of assumptions, and towards a different goal: to make myself redundant.

Edit: based on comments from the fine folk in the comments thread at Hacker News, I want to add this TL;DR: "Maybe what I'm advocating is that people should think about their role in the way that a consultant might". OK; enjoy the post.

My first full-time job was working for Shell, at their research facility in the North of England. My main responsibility was to run a particular type of test to assess Shell's basic gasoline for its ability to clean your engine whilst you're using it. We would try different additives at different concentrations to improve the fuel. The test that I ran gave a relatively quick indication of the formulation's performance; the best candidates would be tested in a much more rigorous, expensive, time-consuming test.

The test setup I inherited could test four samples at a time, and took about 4.5 hours to run. I wasn't asked to improve the process, but my precocious 18-year-old self noticed a few things, including the fact that there was always a backlog of work and that making test more efficient wouldn't put me straight out of a job.

I pitched my ideas carefully: to the team that requested test runs, I offered the opportunity for faster turnaround. To the team that owned the test, I pitched that I could increase throughput and revenue. (Internal billing was a Big Deal at my campus, and presumably the rest of Shell as well.) Everyone was on board; my boss (let's call him 'Chris') offered to provide any necessary resources I needed. I didn't know what this meant.

I loved how simple the first proposed change was. I currently ran one test a day (it took ~4.5 hours, remember) so I asked if I could work more flexible hours. Working just a 9-hour instead of an 8-hour day, I was able to run two tests per day, and take every other Friday off. I had just improved my throughput from 10 tests every two weeks to 18 tests. 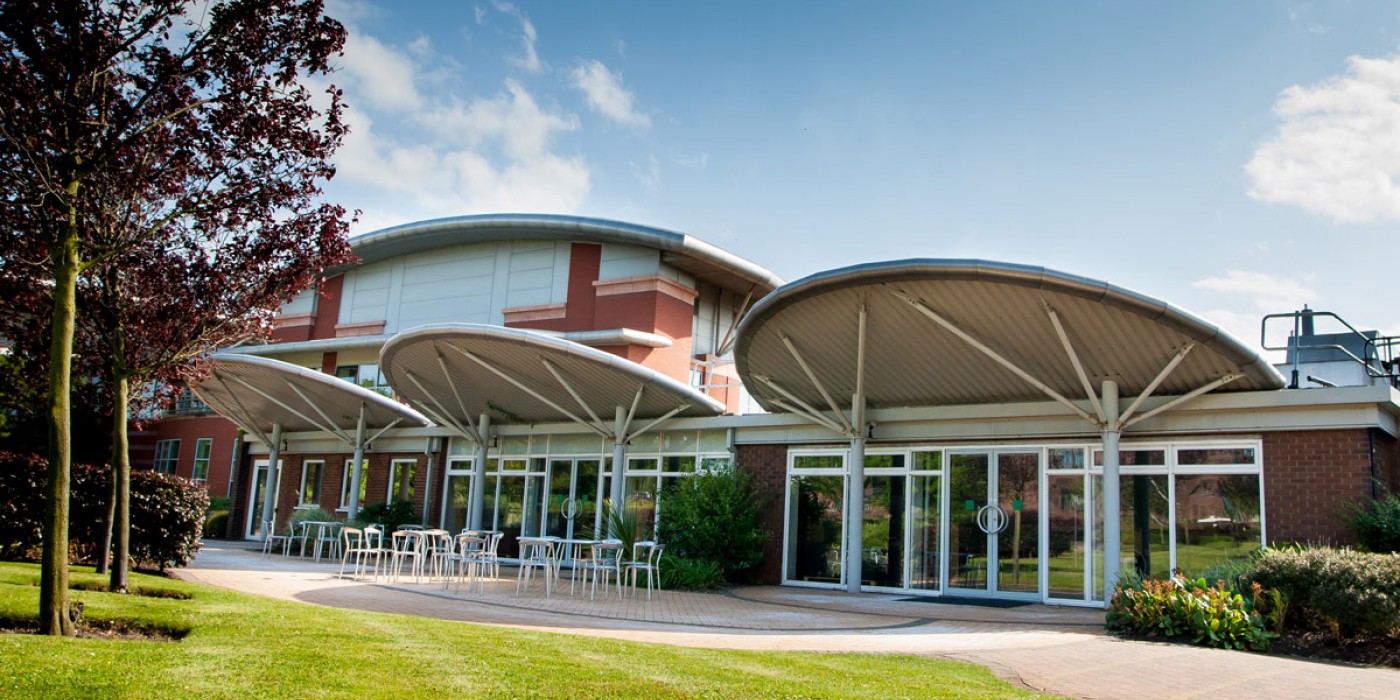 Fun Fact: Shell's refineries and industrial sites are an awesome place to work; but that's for another post.

Having experienced the buzz of excitement from my first process improvement I looked for more inefficiencies. There were a few changes that made my life easier - a quicker setup, improved results analysis, etc - which freed my time up to focus on other things, but I wanted another opportunity to make as big an impact as the flexi-time suggestion. I suggested to Chris (who, to his credit, was just letting me run with all of this) that we rebuild the test apparatus, so that it was twice the size, and could test twice as many samples per run. He told me to get a quote from engineering, which I did, and they told us it would cost something like £4000. I forget the exact number, but it was a huge amount to me. (I was earning about £10,000 at the time. I realise now that for a company with R&D budgets like Shell, this was not an amount to trouble over.) I assumed this would never happen, but - to my surprise - Chris said he had no objection, and that I should get it built. He put me in touch with a statistician who was able to help me check that both devices gave reliably similar results.

The personal benefits to me of the changes I instigated were worthwhile. It freed up time for me to work on 'more interesting' projects. I got to spend time & budget on personal development through training (Shell was excellent at providing resources to learn about things beyond our core activities). I was awarded a prize (with cash!) by the EDT, and was invited back to work for the company in the future.

What did not happen? I didn't lose my job. I wasn't asked to take on some menial role. I wasn't told to stop being so productive because I was making other people look bad.

In a large part, this is because the organization was supportive and championed this type of activity. I made my colleagues look good. Chris was an enlightened boss. I'd worked, in a small way, to make myself redundant, and had benefited from it. And now I was keen to do it again.

Next, I wanted to work in broadcasting. After university, I went to work for a small radio station. As a Production Assistant, I did some audio editing, a little research, and other 'get onto the bottom rung' tasks. In my first week, I designed a batch file to bulk- convert audio files, which saved me enough time to start recording a few voice overs and station idents.

One impressive opportunity came when our Managing Director (let's call him 'Simon') walked me through the process we used for calculating and paying royalties to content owners; the process was done once per quarter and required a week or two's worth of work from the PA plus a couple of days of time from an external consultant.

"A VBA macro could do this", I said. It took me about as long to write the program as it would to have just calculated the royalties - it saved no time. However, next quarter it saved weeks of time. And the quarter after. Even the external consultant didn't mind that she wasn't needed for this process; we used the same budget to hire her to do more interesting work instead. And the time it freed up for me? I began producing my own shows. It wasn't a huge station, but there I was, still 22 and producing national radio programs with tens of thousands of listeners - all because I saw an opportunity to write a VBA script.

Perhaps obviously, the code was horrible (after all, it was VBA!), but it did the job, and I was free to pursue more ways in which to make myself redundant. I wrote a few lines of bash that removed the necessity for anyone to cover the morning shift (since the only task required was to log on to an FTP server and download a file), I bought a £20 piece of software that did lots of tiresome bulk processing for me, and I persuaded my boss to let me get a new PC (again, a huge expense in my mind) that converted audio about 5-10 times as fast as the p.o.s. I had been using so far. 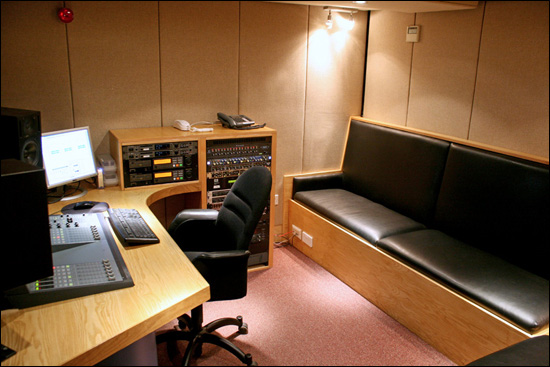 Working in broadcasting is also awesome.
(Image is from UBC Media - talk to them if you need studio space, audio production, etc.)

I freed up enough time to end up presenting my own shows, sitting on pitch planning sessions for BBC programming and contributing to the group's 'future technologies' team.

Did I have a great boss? Yes, absolutely - and his boss (the CEO) was very supportive as well. There were a couple of people like me, and I was pleased to see how they were moved up as they deserved it.

Interestingly, throughout the company as a whole, there were plenty of people working to make themselves 'indispensable'. At best, their careers had stalled. At worst, they were the cause of some of the company's most fundamental problems. Had they instead worked to make themselves redundant, I have no doubt they would have been twice as happy.

How you 'make yourself redundant' depends very much on your industry, your role, your responsibilities, etc.

However, I'd offer a few general pieces of advice:

With this mindset throughout my professional life so far, I've probably ended up being underpaid for the work I was actually doing, but that work has always been more interesting and more complex than what my 'business card' implied, and I've loved every minute of it.

The anecdotes above are ancient history. For 3 years now I've been working for Distilled. Though I came in (like almost everyone else there) on the bottom rung, I now run an office and a team of 13. I'm in a similar role to Chris and Simon: the middle-managers who I looked up to, and who helped me realise my endeavours. (Except that I'm younger, less experienced, and have more hair than the two of them put together.)

I'm not convinced that this strategy is equally applicable as you work your way up the 'corporate ladder'. But I do believe it is now my turn to help my most junior employees make themselves redundant and get promoted in the process. Give it a couple of years, and I'll write about how the process goes from this side of the table.